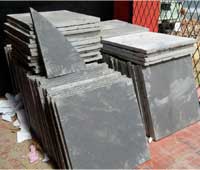 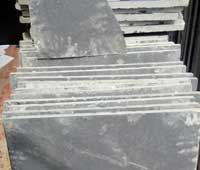 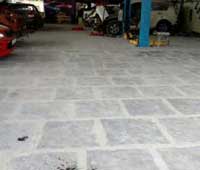 GOT QUESTIONS? WE'VE GOT ANSWERS!

Biogas typically refers to a gas produced by the biological breakdown of organic matter in the absence of oxygen. Biogas originates from biogenic material and is a type of bio fuel. Biogas is produced by the anaerobic digestion or fermentation of biodegradable materials such as biomass, manure, sewage, municipal waste, green waste, plant material and crops. Biogas comprises primarily methane and carbon dioxide and may have small amounts of hydrogen sulphide, moisture and siloxanes. The gases methane, hydrogen and carbon monoxide can be combusted or oxidized with oxygen. This energy release allows biogas to be used as a fuel. Biogas can be used as a fuel in any country for any heating purpose, such as cooking. It can also be used in anaerobic digesters where it is typically used in a gas engine to convert the energy in the gas into electricity and heat. Biogas can be compressed, much like natural gas, and used to power motor vehicles.

In most cases, biomass is made up of large organic polymers. For the bacteria in anaerobic digesters to access the energy potential of the material, these chains must first be broken down into their smaller constituent parts. These constituent parts, or monomers, such as sugars, are readily available to other bacteria. The process of breaking these chains and dissolving the smaller molecules into solution is called hydrolysis. Therefore, hydrolysis of these high-molecular-weight polymeric components is the necessary first step in anaerobic digestion. Through hydrolysis the complex organic molecules are broken down into simple sugars, amino acids, and fatty acids. Acetate and hydrogen produced in the first stages can be used directly by methanogens. Other molecules, such as volatile fatty acids (VFAs) with a chain length greater than that of acetate must first be catabolised into compounds that can be directly used by methanogens. The biological process of acidogenesis results in further breakdown of the remaining components by acidogenic (fermentative) bacteria. Here, VFAs are created, along with ammonia, carbon dioxide, and hydrogen sulfide, as well as other by-products. The process of acidogenesis is similar to the way milk sours. The third stage of anaerobic digestion is acetogenesis. Here, simple molecules created through the acidogenesis phase are further digested by acetogens to produce largely acetic acid, as well as carbon dioxide and hydrogen. The terminal stage of anaerobic digestion is the biological process of methanogenesis. Here, methanogens use the intermediate products of the preceding stages and convert them into methane, carbon dioxide, and water. These components make up the majority of the biogas emitted from the system. Methanogenesis is sensitive to both high and low PHS and occurs between pH 6.5 and pH 8. The remaining, indigestible material the microbes cannot use and any dead bacterial remains constitute the dig estate. A simplified generic chemical equation for the overall processes outlined above is as follows:C6H12O6 ? 3CO2 + 3CH4.

Q: What is biogas?

Q: What is a biodigester?

A biodigester is a tank that processes the organic material that produces biogas. A biodigester can come in different shapes and sizes, depending on the needs of the people using it and the local possibilities in building materials.

Q: What material can I use to feed a biodigester?

In theory, any organic material can be decomposed anaerobically to produce biogas, but some materials work better than others. In general, materials need to be rich in energy and easily digestible. Manure works very well, coming from cows, pigs, or horses. Biodigesters can be fashioned from septic tanks, but the waste production is often not enough to produce enough biogas, and cleaning agents (bleach etc.) kill the anaerobic bacteria necessary for digestion. Plant material can be used, but acidic matter should be avoided, for they disturb the anaerobic processes. Plant matter is also often low-energy and slow to digest, creating a number of difficulties for digesters relying solely on such material.

Q: What is the production capacity of a biodigester?

Q: Are there different styles of biodigesters?

Yes, There are many different styles of biodigesters.

Tropical climates generally have no problems with temperature because the anaerobic bacteria thrive in higher temperatures. If you live in a more temperate climate, you may need to heat the digester during colder months. The ideal temperature for the mesophilic bacteria is 38°C.

Q: If Biogas production has dropped quite a bit. How do one figure out what's wrong with the biodigester?

There are a number of things that can affect the biogas production in a biodigester.

Q: What if biogas doesn't fill inside the biogas dome/storage balloon?

Q: What can I use the digested waste for?

The digested material that comes out of the biodigester is a liquid material with little amount of solids in it eventually forced out as more undigested material enters the tank. This liquid can be used as a convenient growth stimulant for nearby plants.

Q: What is the time of installation of a Biogas Project?

Q: How to calculate the biogas plant design and gas production per day?

These details will be completely informed by us to the client as this will be the key part of the project and although there are thumb rules available by which anyone can understand these parameters but based on our experience in this field we can get much more gas than the standard parameters available in the text books.

Q: Is there any Risk of Fire at site?

Naked flames should not be allowed at the project site when the plant is in running condition.

Q: How long will be biogas used after generation?

Q: How much biogas can be stored at a time?

Theoretically there is no limit for the storage but in practice it is advisable to have a storage capacity that can take care of around 12 hrs of biogas generation.

Q: What about Operation & Maintenance along with the plant installation?

IBA provides the traning for O & M with our regional partners. Quarterly, a workshop is also arranged esp. to educate the operators from day to day problems. We are also planning to offer a diploma courses with the help of IIT.

Biogas with a methane content of 60% will have an energy content of around 4-6kWh /m3. If utilised for electric generation, 2kWh of useable electric is produced with the remainder turning into heat energy. The energy content can be increased considerably by upgrading the biogas to Bio-CNG or Bio-Methane, removing the CO2, providing a gas of suitable quality for injection into the national gas grid or for use as a transport fuel.

Q: What are the Environmental Benefits of Biogas?

Methane has a greenhouse gas (GHG) factor 21 times greater than CO2. Capturing methane from any substrate (example- waste), which would otherwise be emitted to atmosphere, and utilizing it for other purposes will obviously reduce the GHG impact. Biogas energy is considered to be carbon neutral since carbon emitted by its combustion comes from organic matter that fixed the carbon from atmospheric CO2. Additionally utilising biogas will replace fossil fuels, a main contributor to GHG.

Bio – Methane or Bio - CNG means pipeline-quality gas derived from organic material. It is identical in properties to natural gas, but it is not derived from fossil fuels. Bio – methane/ Bio - CNG can be produced from biogas which has been cleaned or "upgraded" to meet natural gas pipeline specifications, by the removal of gases such as CO2 and hydrogen sulphide to leave an almost pure (90 - 98%) methane gas. Bio – methane/ Bio - CNG can be injected into the gas network or compressed for use in natural gas vehicles. Once in the gas network, it can be used in exactly the same way as natural gas (which is a fossil fuel).It can provide domestic or commercial cooking and heating, or be used as vehicle fuel in locations remote from the source of the gas. Bio – methane/ Bio - CNG injection offers increased scope to maximise the energy contained in biogas by moving it to where it is needed.

Q: Can I/We see any Biogas plant in working condition?

Yes, you can visit the working plant to see and understand how a biogas plant works, please contact/visit our website to understand more on this topic

Please visit our website and take a personal appointment to understand more on the same topic or if you want some more information on Biogas.